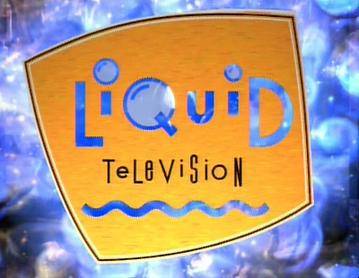 When I think of the things that really formed my tastes and interests, MTV was at the forefront. Anyone born and coming up in the 80s remembers the heyday of this juggernaut. It wasn’t until the early 00s that people began to complain about Music Television’s “lack of music.” Before then, that was the place that exposed me to things that would be along for the ride with me from that day forward.

With that, you may find it odd that I would choose to focus on this particular weird little corner of MTV. But I got to thinking the other night and it really blew my mind just how many things got their start on this one peculiar little show that aired Sunday nights (at least, as far as I can recall): Liquid Television.

It was on this show that the first Beavis and Butthead and Office Space shorts were featured. It’s a bit shocking now to watch the original “Frog Baseball,” perhaps we’ve just gone that far past it and reeled our senses back in so much it’s offensive again? Brutality aside, what really hit me as I watched this for the first time was that this very short was my gateway to Black Sabbath. As our heroes NUH NUH NUHNUH their way through the riff to Iron Man, I’m reminded it was that exact moment that led me to ask my guitar teacher what that song was. A week later, I owned Paranoid and was well on my way to learning every riff.

The funniest by far for me was their encounter with Sterculius, Roman god of the feces (I seem to remember looking this up and seeing it was actually true). Also, Electric Funeral by Sabbath yet again, and Mr Van Driesen getting ground into paste by a monster truck:

Beavis and Butthead alone would be more than enough to cement Liquid Television’s status in TV Valhalla, but that wasn’t all. The original conversation between Lumberg and Milton, which would be immortalized later in the movie Office Space, took place on this very show; a fact many never were aware of.

Let’s also not forget Aeon Flux. This was where I first saw this bizarre cartoon, which would later become its own series, and then a movie (never saw it). What I remember more about the shorts on Liquid Television is the fact that she would die EVERY. TIME. Also, there wasn’t really any talking, which changed when she got her own series. SOOOO bizarre. I look at it now and think “wow. I was only 12 when I was watching this.” That explains much.

Here’s the best thing I could find on YouTube re: Aeon Flux. It has reworked audio and sound, but the original animation is intact. This is one of the shorts from the Liquid Television days. As you can see… Aeon doesn’t feature too heavily.

There were also plenty of weird ones featured here: A talking house named Thomas and his human resident, Nardo. A weird biker lady puppet named Winter Steele. And all kinds of other weird nonsense. I hope you enjoyed this trip down memory lane with me. The early 90s certainly were a weird time to be a kid.

The coolest vintage marketplace on the information superhighway